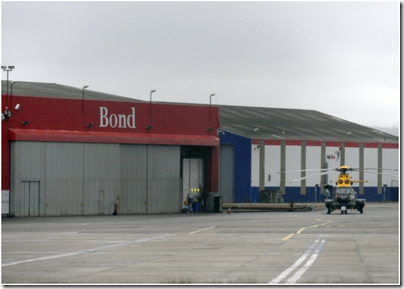 LEADERS of Britain’s offshore and pilots’ unions yesterday called for a judicial review to discover why “helicopters keep falling out of the sky” in the UK sector of the North Sea.

MPs on Westminster’s powerful transport select committee heard concerns about the safety of offshore flights in Britain’s oil and gas industry had heightened as a result of the Super Puma crash off Shetland last August in which four oil workers were killed – the fifth incident involving helicopters in the British sector in four years.

Captain Colin Milne, of the helicopter affairs committee of pilots’ union Balpa, warned the decision to make the European Aviation Safety Agency the “overarching authority” for aviation safety in Europe could lead to a reduction in Britain’s “gold standard” approach to helicopter operations in the North Sea.

The members of the select committee travelled to Aberdeen yesterday to visit helicopter firm bases in the city and take evidence at Aberdeen University from union representatives, helicopter operators and manufacturers, and representatives of Oil and Gas UK.

He told the MPs: “I believe that commercial pressure is operating in the industry. There are operators from outwith the UK that are coming into the industry and they don’t have the same structures that we have.”

Earlier Capt Milne pressed the case for a judicial review into offshore helicopter safety to examine the amount of control exercised by oil companies on helicopter flights and the role of the Civil Aviation Authority (CAA) in policing offshore safety in the aviation sector.

He told MPs: “What pilots want is that they operate at a high minimum level and that can only be enforced by the CAA as the regulator. We want an independent and strong and well-resourced regulator.”

Mike Imlach, managing director of Bristow Helicopters, told MPs: “I can honestly say we have never been under commercial pressure where we have felt it is unsafe to continue a flight. If I don’t have the full parameters of safety and crews on the aircraft we will not fly, irrespective of the commercial pressure we may receive from a client.”

Committee chair Louise Ellman MP said after the hearing: “Five serious accidents in four years is a matter of grave concern. We want to find out how to improve that record.”